The Neumatic Notation Systems of the 9th and 10th Centuries By Dominique Gatté It is around the year 800 that Romano-French chant, born in Metz around 765, began to be spread by the antiphonaries of the so-called “Gradual” Mass. At that time, notation in the West had probably not yet been invented and the first songbooks of this repertoire were then almost completely devoid of musical notation. An example of this Gradual copied around the year 800 in the North of France or in Belgium is known as the Antiphonaire du Mont-Blandin, after the place where it had been preserved, before it arrived to the Royal Library of Belgium. At that time, the transmission of chant was therefore only oral. However, the liturgical reforms undertaken by the Carolingian kings for the unification of the Empire required a rapid propagation of its repertoire. It is probably for this reason that around the year 800 intellectual centers began to develop graphic signs to write the sounds, which were called neumes. These sources from the end of the 9th and early 10th century are wrongly considered as the beginning of the history of notation. The familiarity of copyists and the variety of forms that musical writing took at the end of the 9th century shows us that it is in fact the culmination of nearly a century of development in monastic scriptoria (rooms they dedicated to writing and copying). It was at the end of the 9th century that developed and codified notation systems were employed on fully notated liturgical books. These musical notation systems probably originated in the great intellectual centers, and are generally known as the beginning of the history of notation. Specifically: 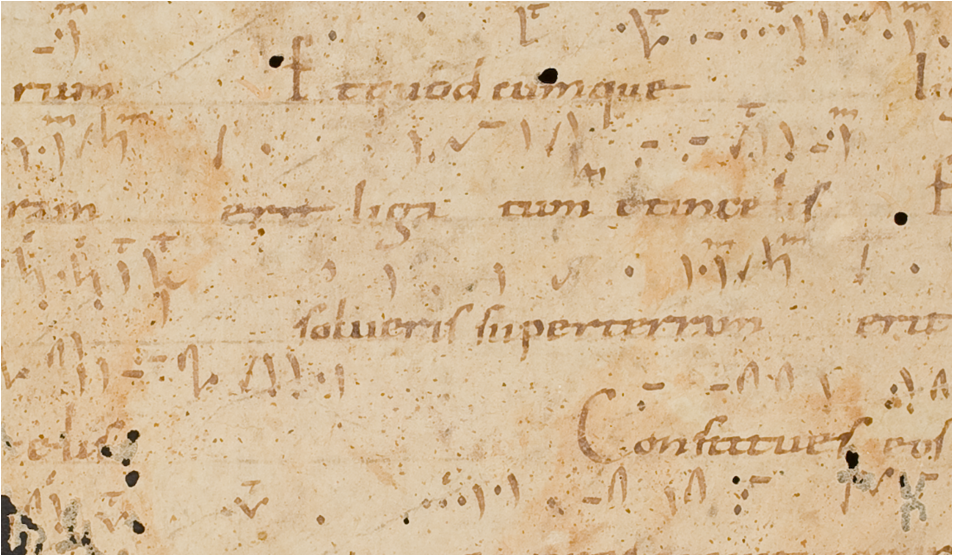 Commonly known as “French,” as in this Burgundian manuscript 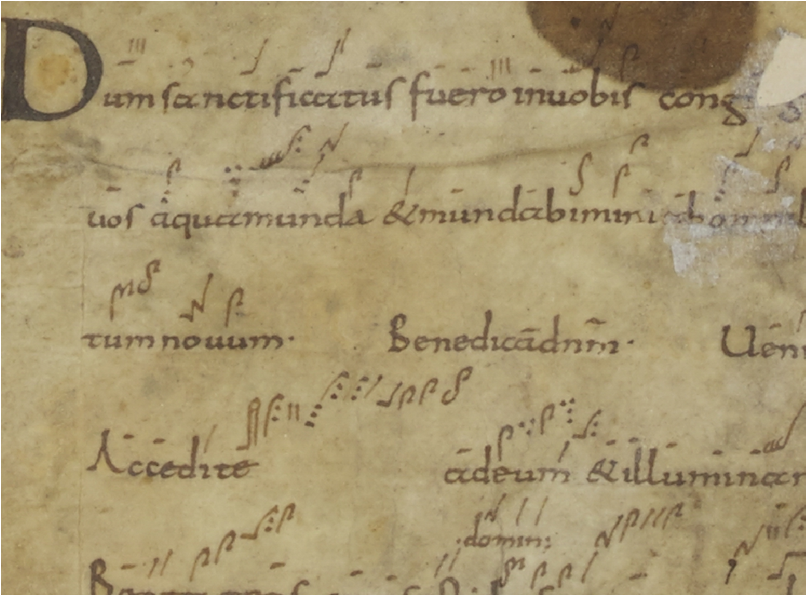 Gradual from the Bologna region from around 890/900 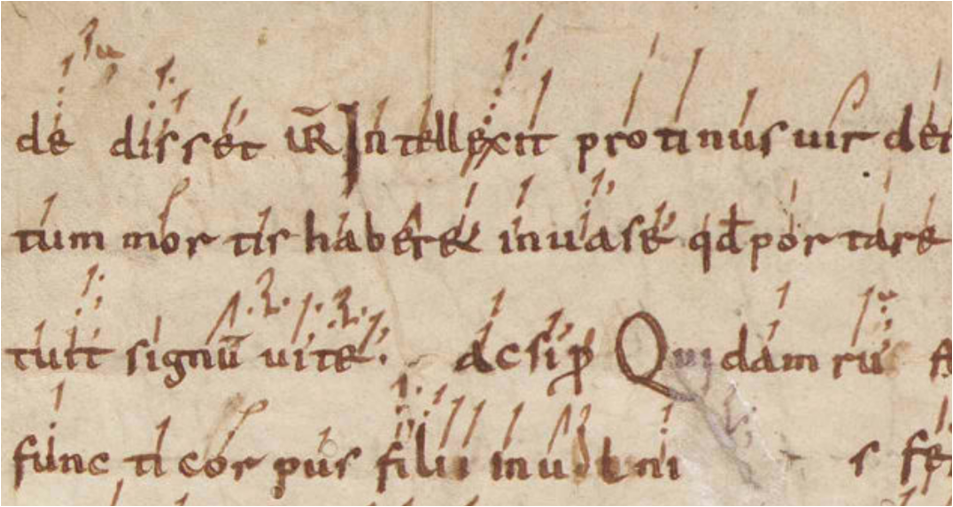 Office of Saint-Benoit de Nonantola from around 900 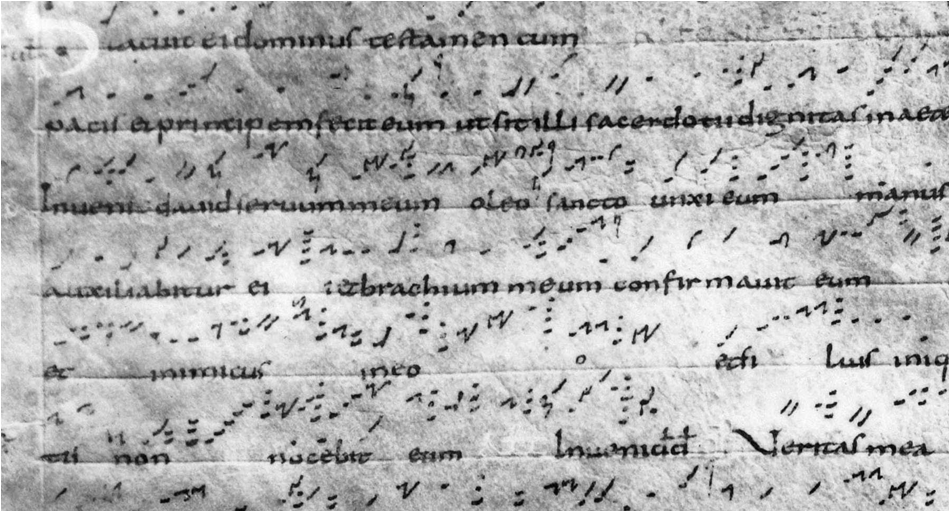 Gradual of Redon from around 900 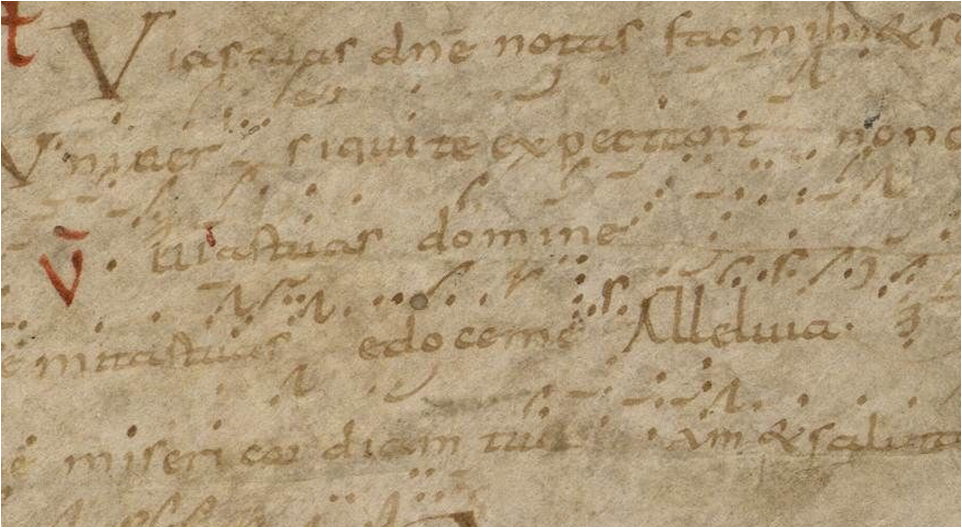 Gradual-Antiphonary of Albi from around 890/900

Gradual of Laon from around 880